Abstract
In this talk I will describe how simple optimization algorithms for big data can behave erratically or oscillate for nonconvex problems. We introduce a simple randomization strategy to ensure convergence in the mean square sense. We also use an exponential averaging scheme to eliminate oscillation and ensure convergence to a stationary point for nonconvex problems.


Tom Luo received the B.S. degree in applied mathematics from Peking University, Beijing, China, and the Ph.D. degree in operations research from Massachusetts Institute of Technology, Cambridge, MA, USA, in 1989. From 1989 to 2003, he held a faculty position with the ECE Department of McMaster University, Canada. He held a tier-1 Canada Research Chair in information processing from 2001 to 2003. After that, he has been a Full Professor with the ECE Department, University of Minnesota and held an endowed ADC Chair in digital technology. He is currently the Vice President (Academic) with the Chinese University of Hong Kong (Shenzhen) and the Director of Shenzhen Research Institute of Big Data (SRIBD). He has authored more than 200 refereed papers, books and special issues. His research mainly addresses mathematical issues in information sciences, with particular focus on the design, analysis and applications of large-scale optimization algorithms. He is a fellow of SIAM and is selected to the Royal Society of Canada. He was the recipient of four best paper awards from the IEEE Signal Processing Society, one best paper award from EUSIPCO, the Farkas Prize from INFORMS and the prize of Paul Y. Tseng Memorial Lectureship in Continuous Optimization as well as some best paper awards from international conferences. He was an Associate Editor for many internationally recognized journals and the Editor-in-Chief for the IEEE Transactions on Signal Processing. 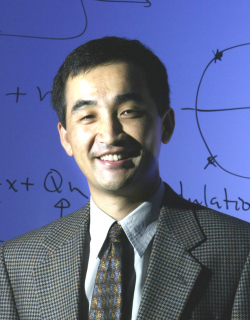 Learning to learn to communicate

Abstract
The application of supervised learning techniques for the design of the physical layer of a communication link is often impaired by the limited amount of pilot data available for each device; while the use of unsupervised learning is typically limited by the need to carry out a large number of training iterations. In this talk, meta-learning, or learning-to-learn, is introduced as a tool to alleviate these problems. First, we will review statistical learning results that yield insights into the conditions under which meta-learning -- that is, the transfer of knowledge from a set of tasks to an arbitrary related task -- can be guaranteed to operate as desired. Then, the talk will consider an Internet-of-Things (IoT) scenario in which devices transmit sporadically using short packets with few pilot symbols over a fading channel. The number of pilots is generally insufficient to obtain an accurate estimate of the end-to-end channel, which includes the effects of fading and of the transmission-side distortion. To tackle this problem, pilots from previous IoT transmissions are used as meta-training data in order to train a demodulator that is able to quickly adapt to new end-to-end channel conditions from few pilots. Various state-of-the-art meta-learning schemes are adapted to the problem at hand and evaluated, including MAML, FOMAML, REPTILE, and CAVIA. Both offline and online solutions are developed.


Osvaldo Simeone is a Professor of Information Engineering with the Centre for Telecommunications Research at the Department of Engineering of King's College London, where he directs the King's Communications, Learning and Information Processing lab. He received an M.Sc. degree (with honors) and a Ph.D. degree in information engineering from Politecnico di Milano, Milan, Italy, in 2001 and 2005, respectively. From 2006 to 2017, he was a faculty member of the Electrical and Computer Engineering (ECE) Department at New Jersey Institute of Technology (NJIT), where he was affiliated with the Center for Wireless Information Processing (CWiP). His research interests include information theory, machine learning, wireless communications, and neuromorphic computing. Dr Simeone is a co-recipient of the 2019 IEEE Communication Society Best Tutorial Paper Award, the 2018 IEEE Signal Processing Best Paper Award, the 2017 JCN Best Paper Award, the 2015 IEEE Communication Society Best Tutorial Paper Award and of the Best Paper Awards of IEEE SPAWC 2007 and IEEE WRECOM 2007. He was awarded a Consolidator grant by the European Research Council (ERC) in 2016. His research has been supported by the U.S. NSF, the ERC, the Vienna Science and Technology Fund, as well as by a number of industrial collaborations. He currently serves in the editorial board of the IEEE Signal Processing Magazine and is the vice-chair of the Signal Processing for Communications and Networking Technical Committee of the IEEE Signal Processing Society. He was a Distinguished Lecturer of the IEEE Information Theory Society in 2017 and 2018. Dr Simeone is a co-author of two monographs, two edited books published by Cambridge University Press, and more than one hundred research journal papers. He is a Fellow of the IET and of the IEEE. 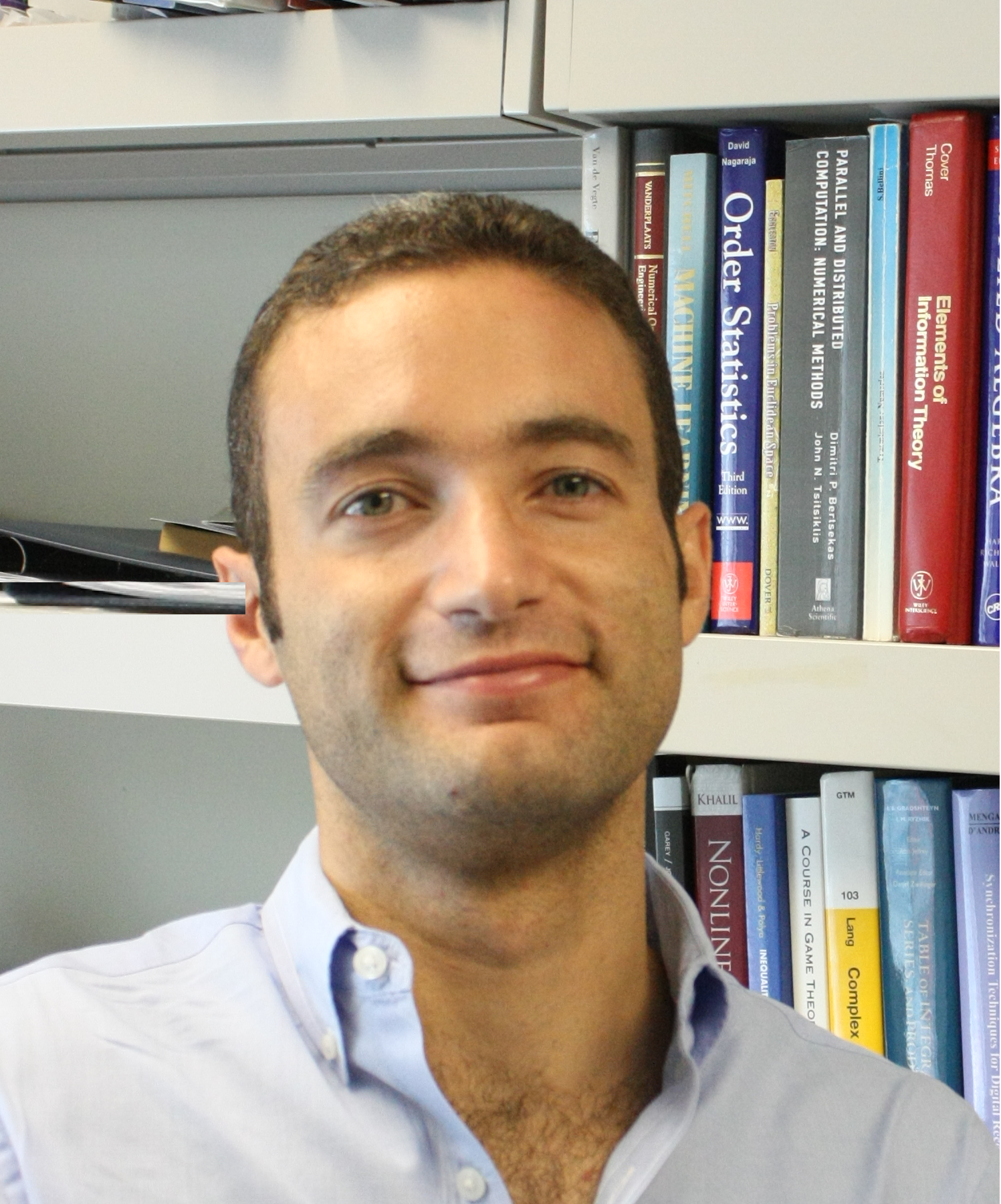 Smart Radio Environments Empowered by Reconfigurable Intelligent Surfaces: How it Works, State of Research, and Road Ahead

These are a few of the many questions that the Plenary Speaker will address during the Plenary Talk at the 2020 IEEE International Workshop on Signal Processing Advances in Wireless Communications (SPWAC). In particular, the Plenary Speaker will introduce the audience to the emerging research field of smart radio environments empowered by reconfigurable intelligent surfaces, will put forth the need of reconciling and reuniting C. E. Shannon's mathematical theory of communication with G. Green's and J. C. Maxwell's mathematical theories of electromagnetism, and will unveil pragmatic guidelines and recipes for employing appropriate physics-based models of metasurfaces in wireless communications.

The Plenary Talk is based on the 70-page opus recently published by the Plenary Speaker, which is available for download on arXiv:2004.09352.


Marco Di Renzo was born in L’Aquila, Italy, in 1978. He received the Laurea (cum laude) and Ph.D. degrees in electrical engineering from the University of L’Aquila, Italy, in 2003 and 2007, respectively, and the Habilitation a Diriger des Recherches (Doctor of Science) degree from University Paris-Sud, France, in 2013. Since 2010, he has been with the French National Center for Scientiﬁc Research (CNRS), where he is a CNRS Research Director (CNRS Professor) in the Laboratory of Signals and Systems (L2S) of Paris-Saclay University – CNRS and CentraleSupelec, Paris, France. He is a Nokia Foundation Visiting Professor at Aalto University, Helsinki, Finland, and an Honorary Professor at University Technology Sydney, Sydney, Australia. He serves as the Editor-in-Chief of IEEE Communications Letters. He served as an Editor of IEEE Transactions on Communications, IEEE Transactions on Wireless Communications, IEEE Communications Letters, and as the Associate Editor-in-Chief of IEEE Communications Letters. He is a Distinguished Lecturer of the IEEE Vehicular Technology Society and IEEE Communications Society. He is a recipient of several awards, including the 2013 IEEE-COMSOC Best Young Researcher Award for Europe, Middle East and Africa, the 2013 NoE-NEWCOM# Best Paper Award, the 2014-2015 Royal Academy of Engineering Distinguished Visiting Fellowship, the 2015 IEEE Jack Neubauer Memorial Best System Paper Award, the 2015 CNRS Award for Excellence in Research and Ph.D. Supervision, the 2016 MSCA Global Fellowship (declined), the 2017 SEE-IEEE Alain Glavieux Award, the 2018 IEEE-COMSOC Young Professional in Academia Award, and 8 Best Paper Awards at IEEE conferences (2012 and 2014 IEEE CAMAD, 2013 IEEE VTC-Fall, 2014 IEEE ATC, 2015 IEEE ComManTel, 2017 IEEE SigTelCom, EAI 2018 INISCOM, IEEE ICC 2019). He is a Highly Cited Researcher according to Clarivate Analytics and Web of Science, and a Fellow of the IEEE. 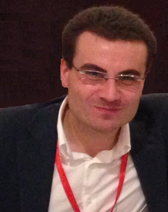